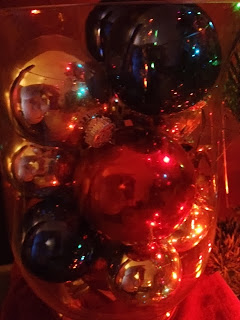 What do you do to mark the New Year?  As one year closes and the new one stretches out before us I always feel as though I should be doing something to mark the crossover.  The older I get the more true it becomes.

Each year, my husband and I set goals for the year- family, financial, social, personal... and we post them, review them and track our progress as the days and months tick by.  But that's more to keep us on track through the year and doesn't scratch my itch as far as rite of passage for the New Year.

In my younger years, I went to this Unity Church Burning Bowl Service.  It's very ceremonial and was gratifying.  There's some guided journal prompts and you're encouraged to put in writing the situations that you feel you need to let go of as the New Year arrives and the old one fades.  Each person present is able to put their papers into a large bowl that holds a flame and your cares go up in smoke.

This year, I'm working a combination of the two things... planning and ceremony.  Instead of resolutions, I'm going for a 'theme'.    I'm still ironing out the theme, but like all New Years resolutions, it revolves around leaving 2014 better than I entered it.  I think that I'm going with a theme of 'Enjoy'.  That seems to cover a lot of territory and allows me to focus on joy and being present in the moment.  That in turn covers eating healthier, moving my body in ways that feel good and taking care of myself in general.  Something that I haven't been all that great at lately.

So, on New Years Eve, I'll be having my own midnight ceremony at the fire pit in my back yard.  Marking the change in year.    Attraversiamo, my friends.  Let's cross over.

Posted by Live Beautiful You at 10:12 AM No comments:

Put down the yardstick and back away 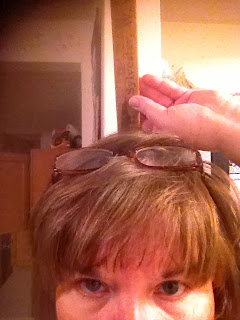 I so know better.   Honestly.  I've been in a bit of a stuck place in the last few weeks.  Well, more of a stuck place/pity party really.  And it all comes down to measuring measuring myself and my efforts at community building against those of the big league-rs like Kelly Rae Roberts, Melody Ross and Jes Baker   In a 100 million years I will never be the best Kelly Rae or Melody or Jes.   What a ridiculous and futile thing to do.  I know better.

Even though it's uncomfortable, I need to be gentle with myself (my new mantra) and let things unfold as they are meant to.  When I think things should be moving faster, more followers, more shares, more comments, I need to remind myself that Kelly Rae moved along in very small steps as well.

I need to remember that I have made magical, unforeseeable things happen in my life.  Ask me sometime about when I 'secreted' my way to a free trip to Paris for my 30th birthday. 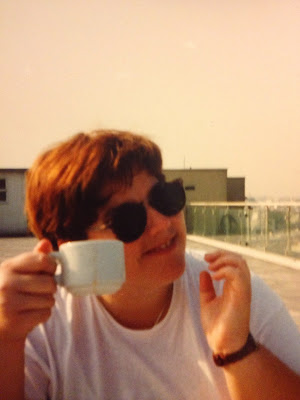 I need to remember that I have done other things in my life where I had no idea what I was doing and I was scared to death someone would figure out I was a total fraud.  Like that time I ran off an worked in pictures for a few years before coming back to the real world.  I started out completely green and ended up being the only local that the studio took with them when they moved on to the next location.

I need to remember these things.  I need to put away my yardstick and allow the magic of my life to unfold in it's own time and space.  The Universe did not bring these amazing role models into my awareness for no reason.  Not just into my awareness, but in fact, into my path as I'm lucky enough to call Jes my friend and will be making my way to Brave Girls Camp this summer, where I'll spend a few days with Melody.  But the Universe surely didn't put them in my path to judge myself against either.  Nay, nay Miss Hannah.  Role models are for inspiring you, and for helping to fill your bucket.  And I'm grateful for that.

I'll leave you with this quote from Theodore Roosevelt... 'Do what you can, with what you have, from where you are.'  That's where I am now friends.  Moving forward with what I have, from where I am.  I hope you'll join me somewhere along the way.
Posted by Live Beautiful You at 6:08 PM 2 comments:

Calling on your courage 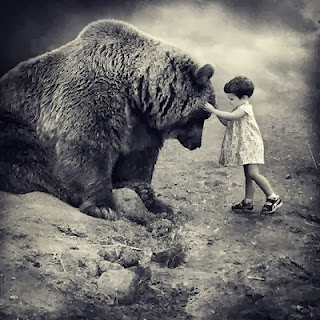 Last night unbeknownst to me, I got a splinter in my finger.  All evening, I rubbed and fidgeted with the spot, kept trying to figure out what I had done to it.  It was so sore, I just couldn't imagine what I had done.

This morning, in the light of day, I could see it was a splinter.  Without a moments hesitation, I went about finding a needle and my reading glasses and I summoned that moment of courage that you need when you're about to dig a splinter out and I just did it.  As soon as the splinter was out, my finger felt better.  The pokey spot from the needle was still sore of course, but immediately there was relief from the ongoing tenderness was gone right away.

I got to thinking about the fact that we easily and readily summon the courage to deal with little problems like splinters- even we know exactly what it's involved and that it will be painful, right away.  No one walks around with a splinter, knowing it's there and doesn't do anything about it.

Why can't we be that courageous with other things in our lives?  Things that nag at us, causing us pain and discomfort for years.  I think sometimes we pretend we don't see the thing causing us pain.  Sometimes we acknowledge the pain but deny that it's having any impact on our lives.  I utilized a combination of the two for years.   I know I'm not alone.  Women carry all manner of burdens throughout their lives, weighed down by the pain.

In the best of scenarios, at some point we find our moment of courage, when we find the needle and take that first step to begin digging out the splinter.  That's the moment when we the tide turns, we know that the digging and pain will be worthwhile.  Our bravery pays off, the splinter comes out and we are forever changed, but we are stronger.

In the worst of scenarios, we never find our courage.  We live our lives smaller than we might be, living our lives a little closer to home than we might otherwise.   What a shame that is.

Today, I wish you courage to take that first step.  Shine a good light on the problem, dig in there and get it done.  Whether you do it by yourself, or talk it through with your bestie or a good therapist... find your courage and get it done.  And then you can get on with your life...a bigger, better, more beautiful you.
Posted by Live Beautiful You at 11:56 AM No comments:

Let's all stop hating our bodies shall we? 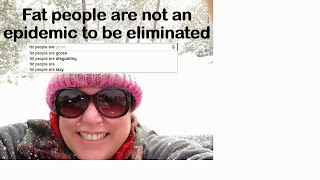 I've been struggling for a while with something and haven't quite been able to nail it down.  My friend Jes' poster project helped me put my finger on it.  Everywhere you turn there's news about the obesity epidemic.  Everyone wants to stamp out obesity.  The First Lady has launched a war on childhood obesity... the magazines in the checkout lane preach it, your employers insurance company is working on it... it's everywhere.

I regularly find myself, a fat woman, at work and my co-workers around me are having discussions about obesity and what we can do, as a girl serving organization, about it.  And I sit there, fat... and silent... trying to figure out how I feel about it.

It may sound like semantics, but here's my issue.  If we were sitting around discussing how to teach girls to love moving their bodies in a way that feels good to them, or teaching them to listen to their bodies signals about satiation and feeding their body in a nutritionally sound way... I could engage and get behind that.  But, my team mates, who I know love and respect me, are talking about eliminating obesity.  I am obese.  Despite my best intellectual efforts, that translates for me into 'You are unacceptable.  We must figure out a way to keep little girls from growing up to be like you.'  There it is.

Now, the paradox for me is that if I could wave a magic wand and not be fat, I would absolutely do it.  I would wave that same magic wand over children everywhere and make them all not fat as well.  Yes, in our society... I too would like to keep little girls from growing up to be like me.  I'm often ashamed, I'm insecure far more often that any woman should be.  I have times that I look in the mirror and nasty thoughts immediately flood my mind.   But, try as I might, ever since I regained the 117 pounds I had previously 'lost', my magic wand is busted.  I'm fresh out of magic.

I'm here to tell you we're fighting the wrong war folks.  If we teach our little girls (and ourselves) to love their bodies unconditionally, if we teach our children that all bodies are to be celebrated, and cared for... we won't have eating disorders, we won't have the self-loathing that permeates our society.  If we preach health at every size and take on the food industry we might be able to take back our media and our country.

The war our country is fighting is obesity, and the enemy is fat people everywhere.  The war we should be fighting is about hatred.   The enemy we should be fighting against is big agriculture and it's the media.   Big agriculture brings us food that isn't good for our bodies that is far cheaper than healthy food that is.   It engineers food in ways that make it all but irresistible.  The media teaches us to be insecure in our bodies, to fear being fat and to hate those who have the audacity to take up more space in the world than they should.    And it teaches us that fat people are to blame for our skyrocketing insurance costs.   Conventional wisdom is that the obesity crisis is to blame for rising numbers of people affected by disease.   The scientists at health at every size have some pretty solid research about the effects of weight cycling on our bodies... effects like hypertension, diabetes...  If you're interested, you should read the book.  I'll leave that part of the war to the scientists who are smarter than I am.

So, you'll find me here in my little corner of the world, working in a largely female organization, in fact the worlds largest girl serving organization... fighting the good fight day after day.  Recently a wonderful woman I know told me that my journey toward body acceptance inspired her to tuck her shirt in (something she hadn't done in years) and have a hard conversation with a girl (struggling with self image) about how and why the girls body is as beautiful as any other.  That my friends feels like a little victory in a very big war.    Let's all stop hating our bodies shall we?